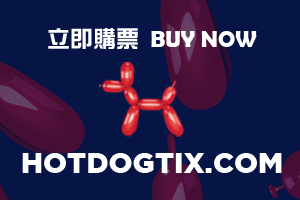 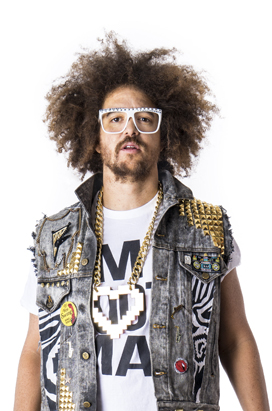 You may assume that Redfoo is just a big haired, hard partying, EDM-centric artist with a goofy sense of humor, but he is actually a musical superhero.
如果你認為Redfoo只是一個頂著大爆炸頭，有著愚蠢的幽默感及以EDM電子音樂為中心的藝人，那你就錯了！他實際上是一個不折不扣的超級音樂英雄。
At first look and listen, you may assume that Redfoo is just a big haired, hard partying, EDM-centric artist with a goofy sense of humor, but he is actually a musical superhero. Leveraging his penchant for music production, Redfoo channeled his creative into song and dance, realizing that it was one of the most powerful platforms for self-expression. From crafting his own name to his equally colorful attire, Redfoo mastered the art of embracing individuality and now empowers his fans do the same. This authenticity of character has played a huge role in Redfoo’s rise to superstardom. Born into the legendary world of Motown music as Stefan Kendal Gordy, Redfoo’s earliest exposure to music and business was based on a collaborative family spirit, feel good dance anthems and a meticulous method to music making. A music legend in the making himself, Redfoo found his own sound and partnered with nephew Sky Blu to form the electro-pop dance duo LMFAO.
Delivering on their global mission to help “everybody just have a good time,” LMFAO released a slew of celebratory number one hits, including “Party Rock Anthem” and “Sexy & I Know It,” that catapulted them to the top of the charts and onto a worldwide tour. Those hits were celebrated with multiple Grammy nominations, MTV, NRJ & Billboard Award wins, and the opportunity to perform alongside Madonna at Super Bowl XLVI. Redfoo’s vision for Party Rock went far beyond the songs, though. He imagined a 360 Party Rock world sound tracked by his anthems and brought it to life via record-breaking music videos, a ready-to-wear Party Rock fashion line, experience driven live shows, characters and costumes that promoted positivity and offered fans a way to participate.
Redfoo stayed the course with his mission after LMFAO announced a hiatus, embracing his “obligation to be consistent with [his] energy, unique personality, being out there and helping fans to do the same.” Picking up a few tricks of the trade from his time spent mastering the stock market, Redfoo’s best investment to date has been himself and those that he believes in. Clearly, his fans believe in him too. Redfoo’s infectious energy and brand have landed him roles in top feature films, global party residencies, retail fashion collaborations and guest spots on TV series, which he quickly evolved into a permanent fixture, securing a position as a judge on X-Factor Australia for two seasons. Being a mentor on the show was the ultimate platform for coaching others to identify their passion, believe in themselves and bring their dreams to life: Redfoo’s M.O.
He’s now taken that positive energy to the airwaves with his latest solo album, ‘Party Rock Mansion,’ which delivers and redefines the possibilities of pop music, creating unique harmonies that will put your body to work. Consistent with his innovative, DIY spirit, Redfoo self-funded, produced, mixed and mastered the project to be released on his own Party Rock label. “I can get myself on iTunes worldwide just as easy as anybody else,” he says. “It’s so democratic and I like that. I just want to make the music, put it out, and go on tour. I want to focus on the creative side, live my life and write about that life.”
By channeling his life experience into tangible art, Redfoo’s goal is to offer super-fans their own experiences. After all, “that’s [his] job; to live life and to write about it. It’s to feel good, inspire and motivate people to get up and dance and follow their dreams” which may just lead them exactly to the ‘Party Rock Mansion.’
Redfoo可能給你的第一印象只是一個頂著大爆炸頭，有著愚蠢的幽默感及以EDM電子音樂為中心的藝人，但其實他是一個不折不扣的音樂人。Redfoo將不同的想法及創意融入到他的音樂，舞蹈當中，令舞台成為他可以完全表達意見感受的地方。從他創造自己的名字到設計七彩繽紛不同類型的衣服可見他的獨特藝術氣息，他亦希望這股獨特氣質可以散播到歌迷當中。這種獨特的個性亦令他邁向了巨星之路。Redfoo最初選擇投入音樂事業中是因為良好的家庭合作因素及找到細緻的方式去製作音樂，這亦令到另一個音樂傳奇誕生 ─ 與他表弟Sky Blu合作創作電子流行二重奏LMFAO。
他們希望每個人都有美好的時光，因此LMFAO舉行了一連串的活動幫助宣揚這個理念，包括 “Party Rock Anthem” 及 “Sexy & I Know It”。這亦令他們居高流行榜及舉行世界巡迴演唱會。除此之外，他們更獲得多個格萊美獎提名，贏得MTV,NRJ及Billboard各個獎項，並有機會與麥當娜於Super Bowl XLVI合作演出。Redfoo的眼光已經遠超出歌曲的想像，他希望可以製造出一個360全面的搖滾派對，透過音樂錄影帶、時裝、現場表演等令到每一位粉絲都可以參與其中。
當LMFAO暫時停止活動時，Redfoo仍然堅持自己的理念，希望他的能量、個性及獨特之處帶給每一位粉絲，他相信這是對他最好的投資。不論電影、音樂、時裝或是電視，Redfoo都展示了他的影響力，例如在連續兩季於澳洲 “X-Factor”節目中擔任評判，希望藉此可以勉勵他人堅持自己的夢想，激發他們的熱情。
他的最新專輯 “Party Rock Mansion” 都傳播了他的正能量，並將流行音樂重新定義，創造另一種獨特的和諧，將音樂注入身體中。當然這張專輯會維持他一貫的作風，有創新精神、由自己一手包辦所有製作。他希望每一個人都可以很容易地從iTunes上聽到他的音樂，他亦都可以很簡單地專注創作屬於自己生活的音樂，之後再作巡迴演出，讓每個人都有機會聽到他的音樂。
Redfoo希望將自身的經驗透過有形的藝術(音樂)傳達給每一位超級粉絲。他的工作就是活出生命、寫出生命。 “Party Rock Mansion”的出現正是想激勵人們去追隨自己的夢想，活出自己的生命。 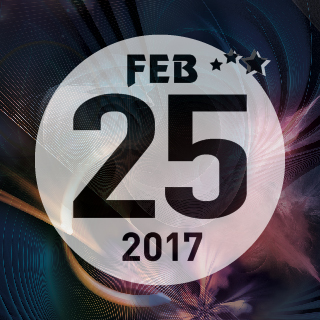